Prior to founding Bring Me A Book in 1997, Judy was owner of RSP Manufacturing Corporation from 1989 to 1997. RSP provided precision sheet metal fabrication, stamping and electro-mechanical assembly services to companies in Silicon Valley. Bring Me A Book grew out of a benefit program she had provided employees of her company.

Judy began her career as an English teacher in California public schools. She is a member of The Committee of 200, Women’s Forum West, University Rotary Club of Palo Alto, and a Senior Fellow of the American Leadership Forum. Judy received the Philanthropic Innovator Award from the Committee of 200 in 2004 and a Purpose Prize Fellow Award from Encore.org in 2007. She has two adult sons and four grandchildren who live in Silicon Valley. 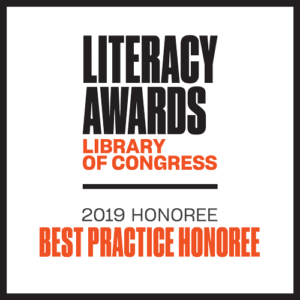 Bring Me A Book
Sobrato Center for Nonprofits
330 Twin Dolphin Drive #101
Redwood City, CA 94065
info@bringmeabook.org
Copyright © 2019 Bring Me A Book. All rights reserved.
Cookies
To make this site work properly, we sometimes place small data files called cookies on your device. Most big websites do this too.
Accept